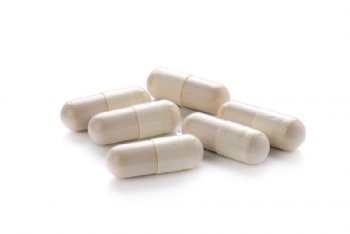 Previously, two components were used to produce chlorine dioxide. With the use of our patented 2-in-1 KyroONE® product, only one component is needed. In contrast to other products on the market, KyroONE® is chemically stable, does not cause odour problems and has a good flowability as a powder. All components of KyroONE® are listed in §11 of the German Drinking Water Ordinance (TrinkwV).

In order to increase the user friendliness of KyroONE®, we have filled it into capsules: KyroCAPS®.

KyroCAPS® can be supplied in various package sizes on request.

The capsules can also be supplied as ready-to-use sets for disinfecting smaller amounts of water. A set consists of a capsule in a vial with pipette attachment. By adding water to the vial a concentrated chlorine dioxide solution is produced. With the pipette attachment smaller amounts of water are treated by dropwise metered additions of the chlorine dioxide solution. 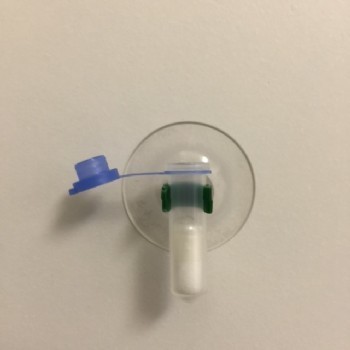 For disinfecting enclosed air spaces (such as in the refrigerator), we offer the set KyroCAPS® Air. The set consists of several containers with capsules and a suction cup holder. The suction cup holder can be mounted on a wall in the interior of a refrigerator and an open capsule container inserted into the holder. In conjunction with air humidity, a small amount of chlorine dioxide is formed, which is released into the air and leads to the disinfection of the interior. One capsule usually lasts for about 6 months.

Configure your individual cookie settings.
(An * indicates a possible prefix or suffix.)